Huntington Beach, often referred to as Surf City USA, is home to nine and a half miles of premier coastline, with endless waves on tap. This seaside city has been a magnet for surfers for centuries due to its mild weather and prime surfing conditions. While expert surfers are often drawn to the Pacific’s waters, Huntington Beach is also the perfect place for beginners who are learning to surf or looking to enroll in surf lessons. Huntington Beach Surfing Lessons run throughout the year but during the summer months you can see a number of surf school flocking the warm waters and taking advantage of everything the surf city has to offer. 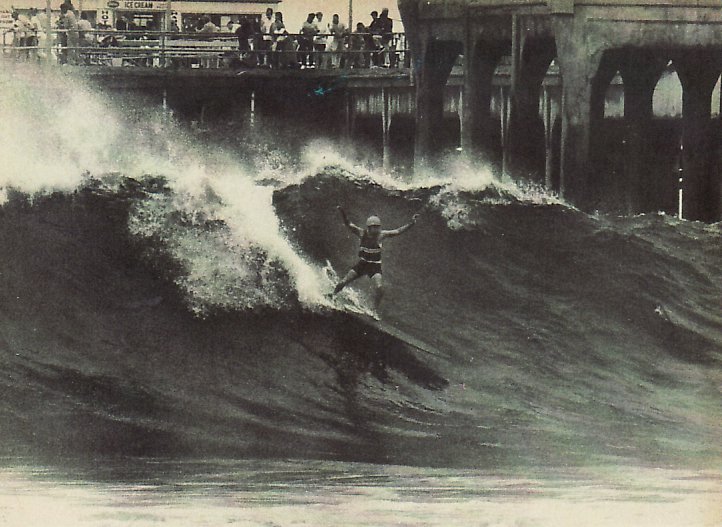 Despite its associations today, Huntington Beach wasn’t always a surfing mecca. Human habitation of the region dates back to 8,500 years ago but it wasn’t until 1904 that the first pier opened and the city was officially named Huntington Beach after Henry E. Huntington. In 1914, surfing made its debut in the newly named city when George Freeth of Hawaii surfed at the opening of the new Huntington Beach Pier. In 1925, legendary surfer and waterman Duke Kahanamoku surfed the west coast gem, christening the city as a surfing oasis.

Fast forward to 1956 and Gordie Duane opened the city’s fist surf shop: Gordie’s Surf Boards. The following year, Jack’s Surfboards opened and still remains a popular surf shop today. In 1959, history was made when the first United States surfing championships were held at the Huntington Beach Pier. By 1991, the city officially earned the nickname of Surf City USA. 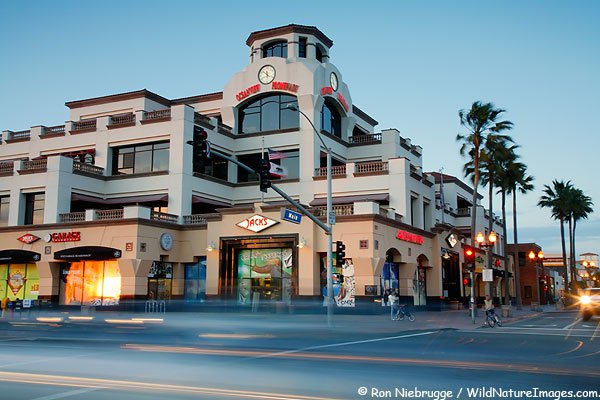 In 1996, Corky Carroll’s surf school was founded in Huntington Beach and has been in operating at Bolsa Chica State Beach ever since, marking twenty-five years of sharing the stoke of surfing. The family owned and operated business was well received by the public and two years later, they expanded the business to Nosara, Costa Rica. The Huntington Beach location offers Surfing Lessons and Summer Surf Camp while the Nosara location offers weeklong, all-inclusive retreats.

While there are an infinite number of surf schools to choose from, our program is tried and true. We keep things simple and focus on muscle memory and coaching fundamentals that we refer to as the “nine steps to surfing.” Our program and surfing steps were implemented by our namesake, Corky Carroll. Corky is regarded as surfing’s first professional surfer and he holds three U.S. surfing titles as well as three international surf titles. Through the foundation Corky laid, we operate an honest business and do our best to keep all of our participants safe and happy on the water. We are the number one surf school in Orange County voted by Surf City USA Best Surf Schools

When booking Huntington Beach surfing lessons, there are a number of Cheap Surf Lessons and schools available. Unfortunately a number of these businesses operate illegally, so you have to be careful when enrolling in lessons. We believe you get what you pay for and at Corky Carroll’s we strive to exceed expectations every chance we get. See you on the water.

When to Visit: Costa Rica’s Seasons
Scroll to top