5 Artificial Wave Pools to Add to Your Bucket List

In recent years, wave pools have been popping up across the globe, defying nature and providing perfect surf in the process. Each is unique in its construction and design but all are similar in the fact that they provide surf and stoke in places where waves would otherwise be unavailable. Here, we take a look at five of the top wave pools on the planet and discuss their backstory, the technology behind them, and public access. Try not to froth too hard.

In 2007, Kelly Slater founded the Kelly Slater Wave Company (KSWC) with the goal of creating a soliton wave, or a wave that maintains its shape while moving at a constant velocity. In 2015, Slater’s dream came to life when the first footage of the artificial wave was released to the public. The technology behind the wave is simple yet wildly complex: a 100-ton hydrofoil is pushed along a 700-yard track, resulting in six-foot waves that last about a minute. The wave is often regarded as one of the most perfect waves on the planet and in September of 2018, the CT hosted its first event at The Surf Ranch. For now, the wave is invitation only but expansion plans should open the wave to the public in the near future. 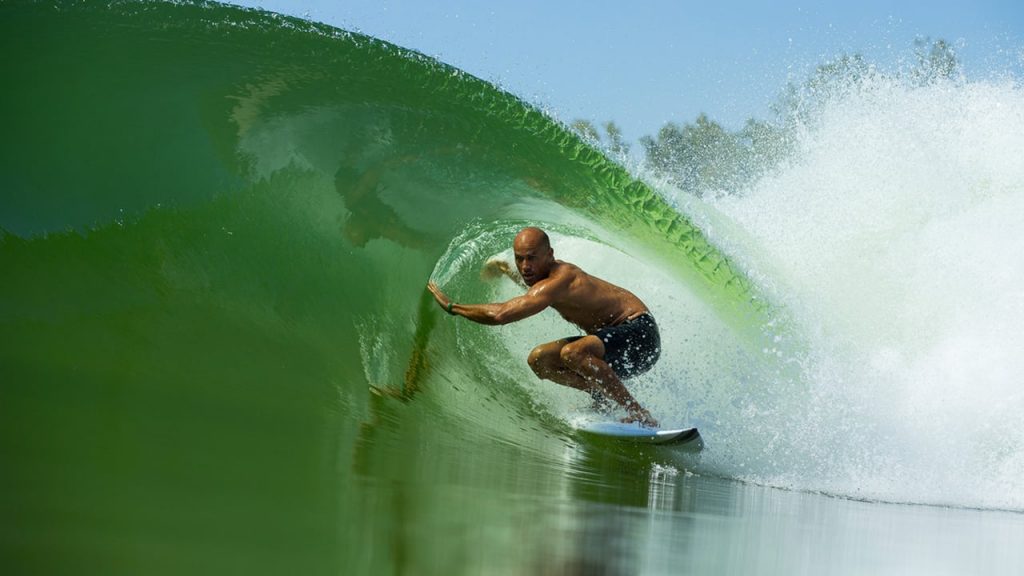 The BSR Cable Park put Waco, Texas on the map as a premier surf destination in early 2018 when footage of Seth Moniz doing a massive backflip on the wave was released. The park features multiple breaks, with waves suitable for beginner, intermediate, and advanced surfers. From the minds of Jamie O’Brien and Cheyne Magnusson, the pool is fueled by 24, 10-foot wide air chambers. The result: 240-feet of wave generating area. In addition to waves, the park offers a lazy river, an epic water slide, and an on-site hotel. The park is open to the public and one-hour sessions run from $60-$90, depending on your wave choice. 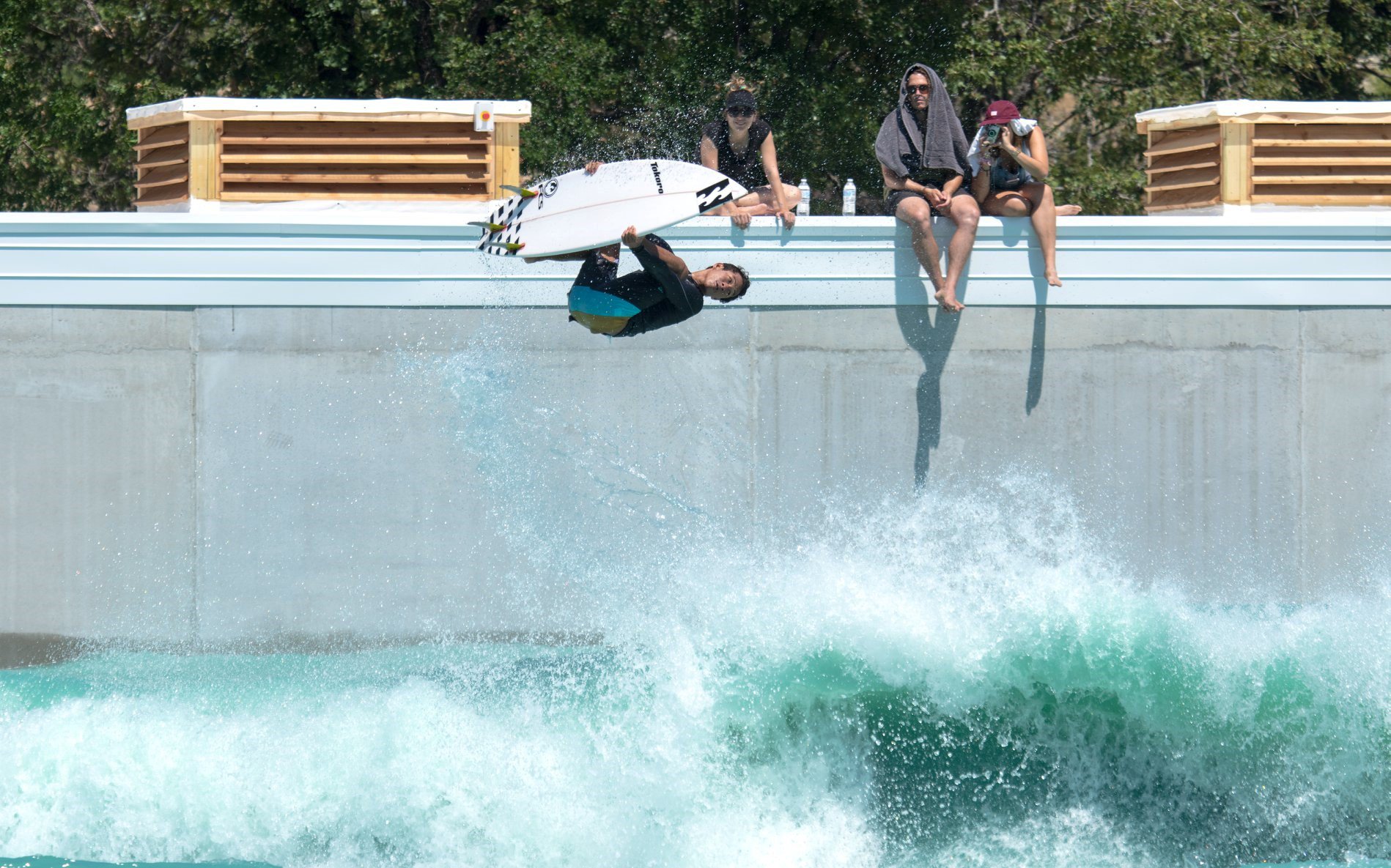 Surf Snowdonia was born in North Wales, United Kingdom in August of 2015. Set against a backdrop of forests and mountains, Surf Snowdonia offers beginner, intermediate, and advanced waves to satisfy surfers of all skill levels. The wave features Wavegarden technology through which a hydrodynamic wavefoil powered by a gearless drive system displaces water under a pier to form glassy swell. In addition to waves, the park offers lessons, food, and unique lodging options. The park is open to the public and hour-long sessions cost somewhere in the ballpark of $60. 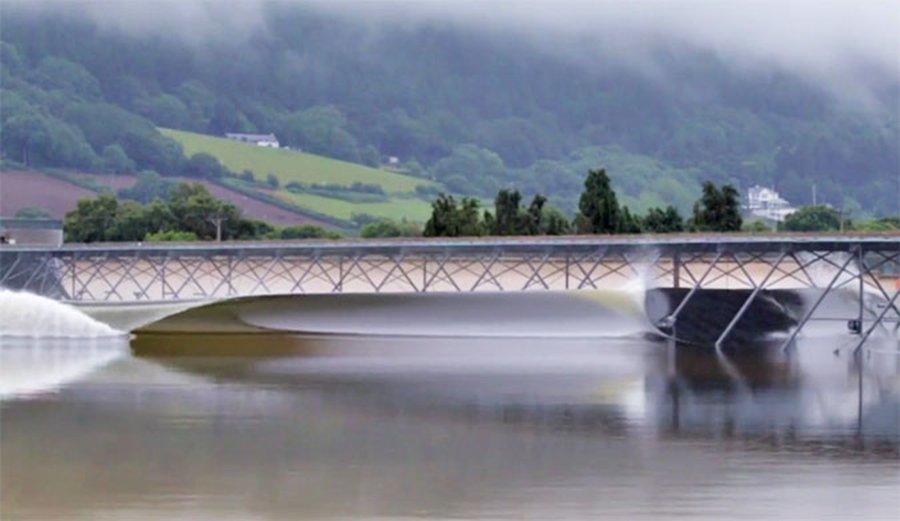 Founded in 2016 by Doug Coors, NLand made its mark as the largest surf park in the world. In an effort to be as energy efficient as possible, the park features Wavegarden technology. To further their efforts in sustainability, the lagoon is 100% self-sustaining and uses a state-of-the-art water filtration system that meets or exceeds the standards set by the World Health Organization and the Environmental Protection Agency. The park is open to the public and features beginner, intermediate, and advanced waves as well as surf lessons from expert coaching staff. 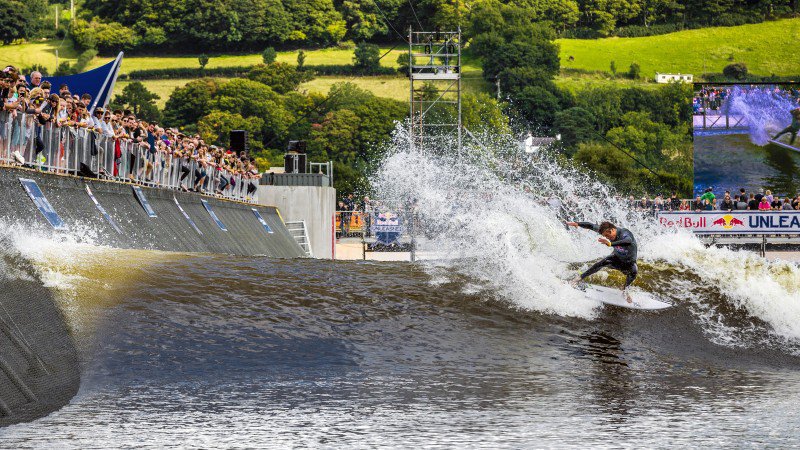 Born in Cologne, Germany, Unit Surf Pool is the first floating surf pool as well as the most efficient artificial stationary wave on the planet. The Unit Surf Pool brings a surfable wave to any body of standing water, meaning an endless water supply and no need for chemical water treatment. Pumps pull water to the surface where gravity then creates a powerful stream heading down the ramp into the wave generating section of the pool. When the stream meets the body of water, a stationary deepwater wave is created. The Unit Surf Pool can operate in any standing body of water with a minimum depth two meters, is available in five sizes, and can be up and running in less than four months. 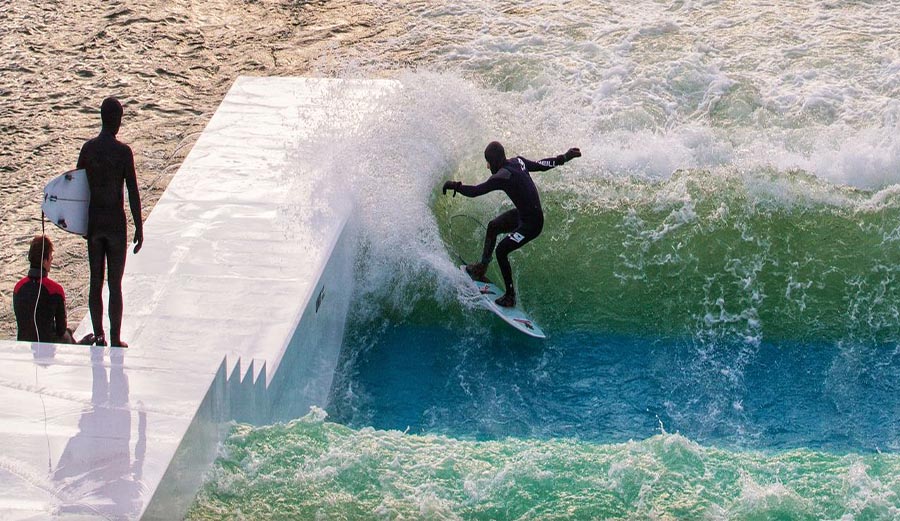 Wave pools offer a controlled platform, with perfect waves on a loop, making them the ideal place to learn to surf or hone in your skills. While scoring surf in landlocked regions is certainly worth experiencing, there’s something to be said about the magic and unpredictability of riding waves in the ocean. There are thousands of waves to choose from but two of our favorites are in Huntington Beach, California and Nosara, Costa Rica. When you’re ready to put your wave pool skills to the test, come join us at one of our kids’ camps or all-inclusive retreats—our expert coaches will help ease the transition from manufactured waves to everything the ocean has to offer. Go to Huntington Beach Surf Camp for our summer surf camp in Huntington Beach or go to Costa Rican Surf Resort for our international surf retreat.